Are you in the market for an ultralight, high-performing laptop/tablet for your travels? How about one that won’t break your budget? The new Microsoft Surface Go may just be the answer for you.

Is it a digital nomad’s new best friend? Short answer, YES. The Surface Go is ultralight, has a long battery life that can be extended with a battery bank thanks to the USB C port, and it’s sleek and compact, giving you a really satisfying feel when you use it.

Check out one of our fantastic selection of Urban and Travel backpacks designed to carry that shiny new Surface Go and keep it safe.

I recently discovered the Microsoft Surface Go while creating the article, “Best Budget Laptops for Digital Nomads, 2018 – 2019,” and fell in love with the new 2 in 1 laptop/tablet from Microsoft. I currently use an older Samsung laptop that weighs over 5 lbs and a battery life of only 3 hours. Carrying 5 lbs around may not seem like much, but when you’re out backpacking often, every ounce matters.

The Specs That Matter To Me

Weight
At only 1.15 lbs, the Surface Go already has a huge advantage over my current laptop and most other laptops in the market. It’s lighter than the newest Apple iPad (at 1.4 lbs. for the top of the line model) and most other 2 in 1 laptop/tablets.

Battery Life
Microsoft boasts a 9-hour battery life under normal usage, but as but testing have proven, the number is a bit less. TechRadar.com has independently tested the Surface Go on several synthetic benchmarks, resulting in an average battery life of around 6 hours on S mode & around 7 hours on Home mode.

USB C Connector
First off, why does everyone rave about the USB C connector on everything? Does it really make a big difference? The short and long answer, YES! The USB C allows you to charge your device and use it as a transfer port/cable, both of which is rated at the top of the line.

Do you like charging your phones via a USB in your car or better yet, with a portable battery bank? Because that is what you’ll be able to do with the new Surface Go. It’s a fully fledged laptop with the charging convenience of your phone.

Double the battery capacity of the Surface Go with a simple external battery pack, effectively making the battery life 14 hours or more before you need to find an outlet. You can be out for days on a single charge of each battery without every worrying about looking for a power outlet. This is one of the biggest reason I’m buying the new Surface Go instead of any of the other Surface device – none of them have USB C charging yet, making them stuck to the wall outlets more frequently. 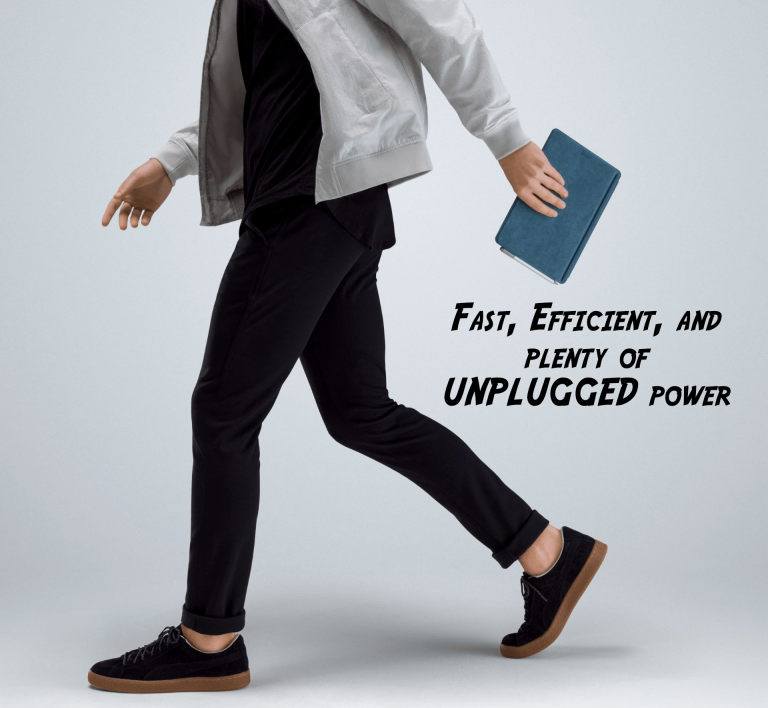 Performance is the main factor that I was concerned with before getting the Surface Go. Currently, I use three main devices, a Google Pixel 3 phone, a custom built gaming desktop, and the Samsung Chronos laptop from 2011. Each device is vastly different in performance, but each fulfills a different purpose.

I mainly use the Google Pixel for taking pictures and videos (and as a phone too, I guess). It’s the fastest point of communication with all of your social media and lots of short pieces of information. The uses of a phone are massive if you know how to maximize it for your purposes, but it is the weakest device I use. The desktop is used to do most of my content creation, work, and gaming. It’s powerful and capable of doing even 8K video editing, but it is big, heavy, and draws a lot of power, not useful while I’m traveling. That’s why I have a laptop, a middle ground so that I can get some work done while I travel. However, the weight, battery life, and size needed an update. So where does the Surface Go fit into my trio of daily devices?

Windows 10 – Full Version
The simple fact that this laptop/tablet runs a full version of Windows 10 operating system makes it vastly more usable than any other tablet or phone. The majority of powerful and useful apps in the world run on a Windows OS, in their full form, not on an Android or iOS device. Adobe, the biggest company for creation tools like Photoshop, Lightroom, and Premiere Pro create their tools for the Windows system and the dumb it down for other devices. For a content creator, a mobile OS will not replace a full OS like Windows or Apple OS on laptops and desktops. The fact that the Surface Go features a full version of the latest Windows OS is a huge boon for mobile computing and makes it a legitimate replacement for a laptop in the form of a tablet.

Can It Handle The Workflow Of A Digital Nomad?
My work as a digital nomad consists of: designing, coding, and developing websites; creating and editing images; creating and editing content for blogs and social media; promoting, advertising, and marketing websites, blogs, and businesses online; and conducting research on everything from the best travel destinations to how to make a living making money online. This is just a sample list of the things I do on a regular base, not counting the myriad of other works I do as a Business and Marketing Consultant (as well as a law student). Without elaborating further, it’s safe to say that I have a demanding workflow and the Surface Go can definitely handle it.

The Surface Go is capable of handling all of my daily tasks like a breeze. From editing images on Photoshop to creating blog posts, the Surface Go can do it all. Now, I will say this is not the best device for video editing, mainly due to its low RAM and lack of a dedicated video card (and cooling). If fact, like most other reviewers, I highly recommend getting the mid-tier Surface Go with the 8gb of RAM as it helps with everything from running apps, multiple tasking, and surfing the web with more than one tab open. (I have at least 20 tabs as I write this article, lol). 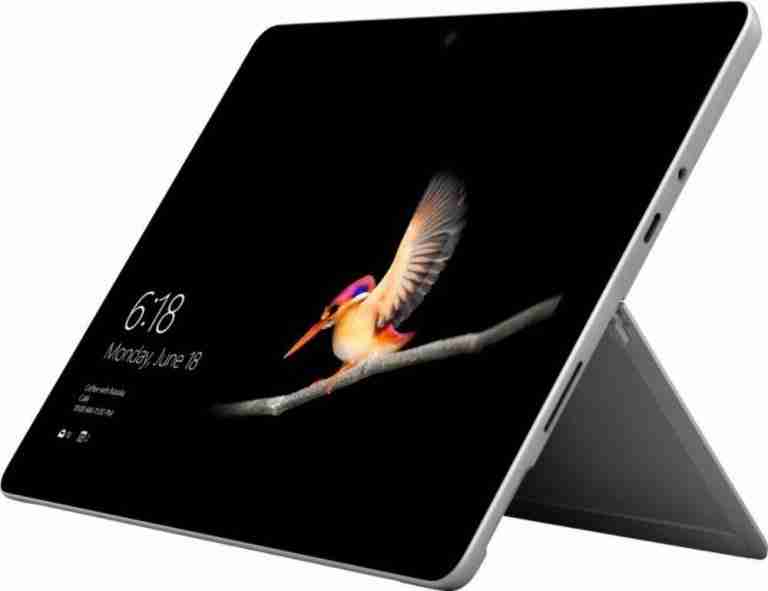 Okay, I know this is a field most travelers may not care for as much, but I’m a traveler who loves to game as well. So can the Surface Go handle any gaming? Surprisingly, yes.

The Surface Go can run most indie games, “Hyper Light Drifter,” “OwlBoy,” and “FAR, Lone Sails.” (I love those games and you should check them out 🙂 ). The Go can also run older AAA titles and some less demanding games like the Civilization series (the game that got me into PC gaming) and Fortnite, which can be played on almost anything.

The Surface Go can run most lower specced games. If you haven’t played indie games on the PC before, there are many great titles, some of which or porting to the Nintendo Switch digital store. This means that you can play most of the games offered by the Nintendo Store on the Surface Go, at their native quality. The Surface Go also has better hardware and software than the Nintendo Switch, so you’d just be missing out their first-party games. (Though, I might pick up a Switch when the new Pokemon games drop. Gotta catch ’em all.) If you really want to play more demanding games, then you can always stream it from a more powerful desktop, use an actual desktop, or carry around a big @$$ laptop.

If you want a bigger list of games that would be awesome to play on the Surface Go, let me know in the comments below.

So, to answer the titular question, is the new Microsoft Surface Go the new best friend of a digital nomad? YES, the Surface Go is ultralight, has a long battery life that can be extended with a battery bank thanks to the USB C port, and it’s sleek and compact, giving you a really satisfying feeling when you use it. The Microsoft Surface Go is a perfect new addition my trio of daily devices and if you’ve read the article this far, I believe you will love it too.

Check out one of our fantastic selection of Urban and Travel backpacks designed to carry that shiny new Surface Go and keep it safe. 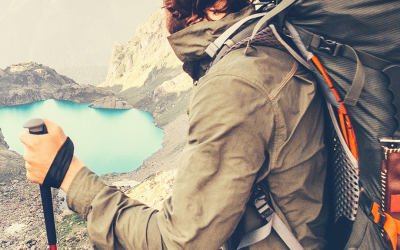 5 Best Hiking Backpacks for Your Next Adventure – 2019

Check out one of our fantastic selection of Wilderness backpacks designed to carry essentials and keep them safe.   View all

This blog post has been updated with 2019 Black Friday Sales! Check out our fantastic selection of Travel, Urban, and Wilderness backpacks designed to carry your essentials and keep them safe.  View all 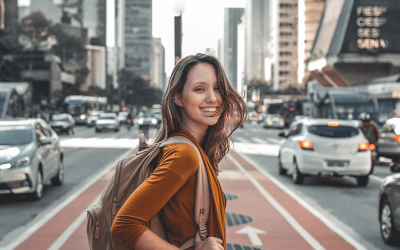 Traveling is challenging and may be scary at times, but knowing what to do ahead of time can help make a bad trip into a great trip. Here is a compilation of 101 travel tips, hacks, and guides from experts around the world.  40 Smart Travel Tips & Hacks by...